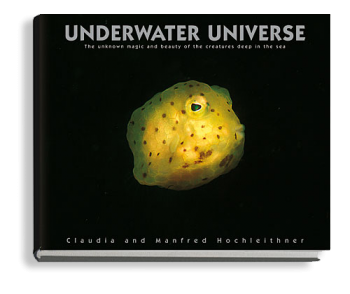 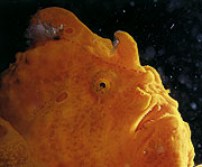 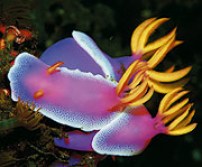 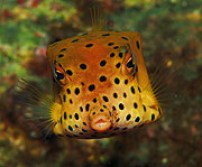 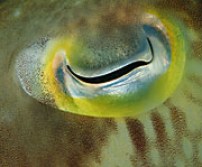 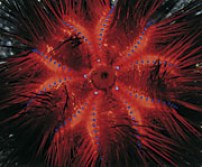 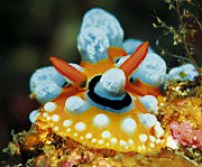 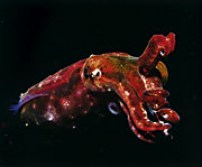 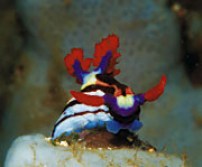 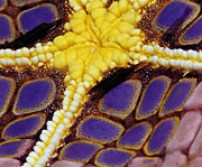 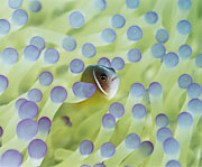 Reduced price - was 49.90 EUR. This book is a global sensation! It's full of breathtakingly beautiful underwater photographs of unknown animals and life forms from the ocean and its coral reefs.

This book is a global sensation! It's full of breathtakingly beautiful underwater photographs of unknown animals and life forms from the ocean and its coral reefs. The variety of forms and vivid colors of these marine creatures is unbelievable and overwhelming.

It's a book for everyone who hasn't yet forgotten how to feel astonishment, for people who are interested in and inspired by nature, animals and the ocean or by colors, shapes and design.

"Suddenly something rustles amidst the floodtide of underwater photobooks, and even people who've spent decades exploring the universe below the world's oceans stop and take notice. Underwater Universe by Viennese veterinarians Claudia and Manfred Hochleithner is a book that deserves respect."
Lübecker Nachrichten
____

"Anyone who can't wait for their next dive is urged to acquire this large-format volume."
Tauchsport
____

"An ocean of colors. This photobook portrays rare and beautiful creatures that are threatened with extinction."
Kronen Zeitung
____

"Dive in, submerge, and let yourself be carried away by the opulent colors of the oceanic depths."
Natur + Kosmos
____

"Something new awaits discovery on every page. A book for all those who haven't forgotten how to feel awe and astonishment."
Handelsblatt
____

"This book presents unfamiliar animals and life-forms from the ocean and its coral reefs, captured in breathtakingly beautiful underwater photos."
Freie Presse
____

"With each new picture and every turn of the page, the colorful diversity of nature depicted in this book surprises and delights the observer."
Westfälische Nachrichten
____

"Glowingly colorful shots of unusually beautiful or acutely jeopardized creatures reveal the parallel universe in the depths of the ocean."
Vogue
____

"These photos can surprise even well-read marine biologists. Readers who spend most of their time on dry land will experience this book as a psychedelic journey across the threshold of an oceanic zoo."
Zeit Wissen
____

"Anyone who has forgotten how to feel astonishment will remember again how the moment he lays eyes on this photobook."
Abenteuer und Reisen
____

"This book comes alive with photos of marine animals, some of which are extraordinarily bizarre."
Züricher Anzeiger
____

"This lavish photobook by Claudia and Manfred Hochleithner transports its reader into an unknown world of brilliant colors."
Hersfelder Zeitung

"This is an invitation to see the beautiful and bizarre creatures of coral reefs through the lenses of underwater photographers Drs. Manfred and Claudia Hochleithner. Over one hundred of their tens of thousands of underwater photographs are on the pages that follow for the enjoyment, entertainment and education of both the ordinary viewer who has yet to venture into this underwater realm and the SCUBA diver who has.

The deepest oceans and darkest jungles are home to many unusual organisms and the same is true of our coral reefs, with the distinct difference that our reef organisms are brilliantly colored. Note as you view the images that many organisms use color and structure to hide on their host organisms. The more complex a community becomes, the more complex the symbiotic relationships among the organisms become. It is easy to understand how geographic isolation such as the Galapagos and Hawaiian sea mounts breed endemism, yet there are many endemic species on the reefs within the coral triangle. Many of these seldomseen critters have evolved nontraditional appearances that can fool the naïve and educated alike. Some of these images positively defy description!"
Prof. Mel Cundiff